Ridnyi combines different artistic activities: he is an artist and filmmaker, curator and author of essays on art and politics. Since 2005, he has been a founding member of the SOSka group, an art collective based in Kharkiv. The same year he cofounded the SOSka gallery-lab, an artist-run-space in an abandoned house in a center of Kharkiv. Under Ridnyi’s lead, the gallery-lab was instrumental in the developing the artistic scene in the region before it was closed in 2012. He curated a number of international exhibitions in Ukraine, among them „After the Victory“ (CCA Yermilov centre, Kharkiv, 2014), „New History“ (Kharkiv museum of art, 2009) and others. Since 2017 Ridnyi is co-editor of Prostory – online magazine about visual art, literature and society. In 2019 he curated Armed and Dangerous – multimedia platform bringing together video artists and experimental film directors in Ukraine.
Ridnyi works across media ranging from early collective actions in public space to the amalgam of site-specific installations and sculpture, photography and moving image which constitute the current focus of his practice. In recent films he experiments with nonlinear montage, collage of documentary and fiction. His way of reflection social and political reality draws on the contrast between fragility and resilience of individual stories and collective histories.
His works are in the permanent public collections of Pinakothek der Moderne in Munich, Neuer Berliner Kunstverein, Ludwig Museum in Budapest, Museum of Modern Art in Warsaw, Arsenal City Gallery in Bialystok, V-A-C foundation in Moscow and others. 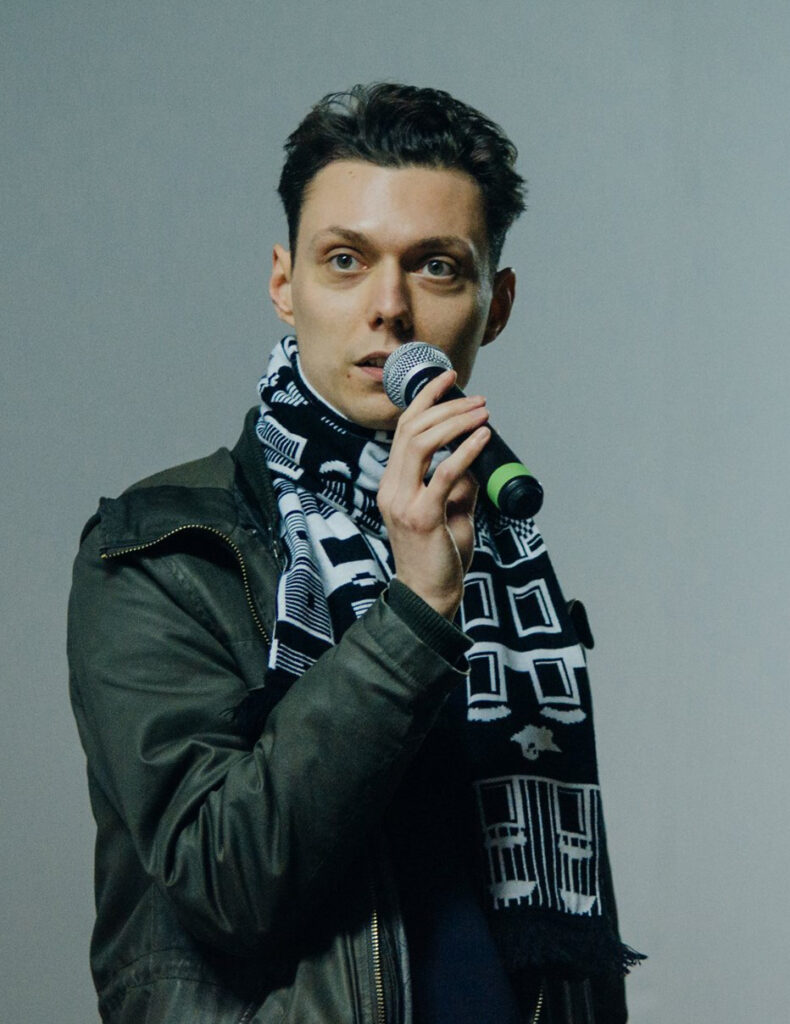