Conditions of a Necessity originated as an assembly in September 2020, bringing together six visual arts and two theatre classes throughout Germany, under the invitation to co-create within the Kunsthalle premises. Responding to the effects of the Covid-19 pandemic and the cancellation of in-class facilities as well as graduation shows, the Assembly initiated a studio-like gathering in both digital and physical iterations for two weeks. More than a year later, Conditions of a Necessity is brought back to Staatliche Kunsthalle Baden-Baden as the culmination of evolved projects in an exhibition.

Following the prompt of the Staatliche Kunsthalle Baden-Baden’s directors, Çağla Ilk and Misal Adnan Yıldız, an informal framework was set up through which to practice non-individualistic modes of creation, collectively determined forms of organisation, communication and collaborative decision-making. In this context, Baden-Baden serves not only as a host but echoes the singularity of the city itself as a site of recuperative retreat, a space of time out of time. The framework was enlarged subsequent to the Assembly by theorist/artist Patricia Reed and artist Egemen Demirci, who have intervened as mediators and curators throughout the twelve months of project development with artists from the various classes. These include Lensbased Class (University of the Arts Berlin), Temporary Spaces (University of the Arts Bremen), Time-based Media (University of the Arts Hamburg), the collective Dynamic Acoustic Research (DAF), Body, Theory and Poetics of the Performative (Stuttgart State Academy of Art and Design), and Expanded Cinema (Academy of Visual Arts Leipzig).

Throughout manifold exchanges, the artists and curators reflected not only on and through our dramatically altered conditions of sociality, but also on the consequences of these conditions upon institutional, educational, and configurations of collaboration unto themselves. Two notable tendencies emerged in this process yielding a stereoscopic picture of how understandings of the “commons” are manifest. In one inclination, the commons is implicitly tethered to its agricultural legacy as the delineation of a shared territory, where responsibilities are distributed amongst individual members as stakeholders. Translated into an artistic context, this instance of the common appears as a multiplicity of artistic voices/forms in a shared environment. The second tendency mobilised the commons in a mode of dissolved individual authorship, inventing techniques of commingled working towards the creation of a shared project.

As the necessity to contend with contemporary problems is indissociable from the necessity to discover ways to practice the commons and being in-common, the experimental works underwritten by these approaches, offer a glimpse at how a younger generation of artists are negotiating such shared, complex, multidisciplinary problems through artistic means. The collection of works – from performance, to video installation, to sound and sculpture – presents diverse vocabularies of form, reflective of future histories for which the seeds are being sown in the present.

The video we are presenting is set in a high diving swimming pool, a socialist modernist building, a group of artists are following the instructions of an Aqua-Aerobics coach.They had given her the task to form the group into a collective, through exercises in the water. The camera captures the individual reactions to the instructions above the water surface and the struggle underneath. In a state of voluntary floating, the responsibility of coming together as a collective is outsourced — to a coach that we never get to see or to the water itself? The video is accompanied by a reflection on imposed collectivity. 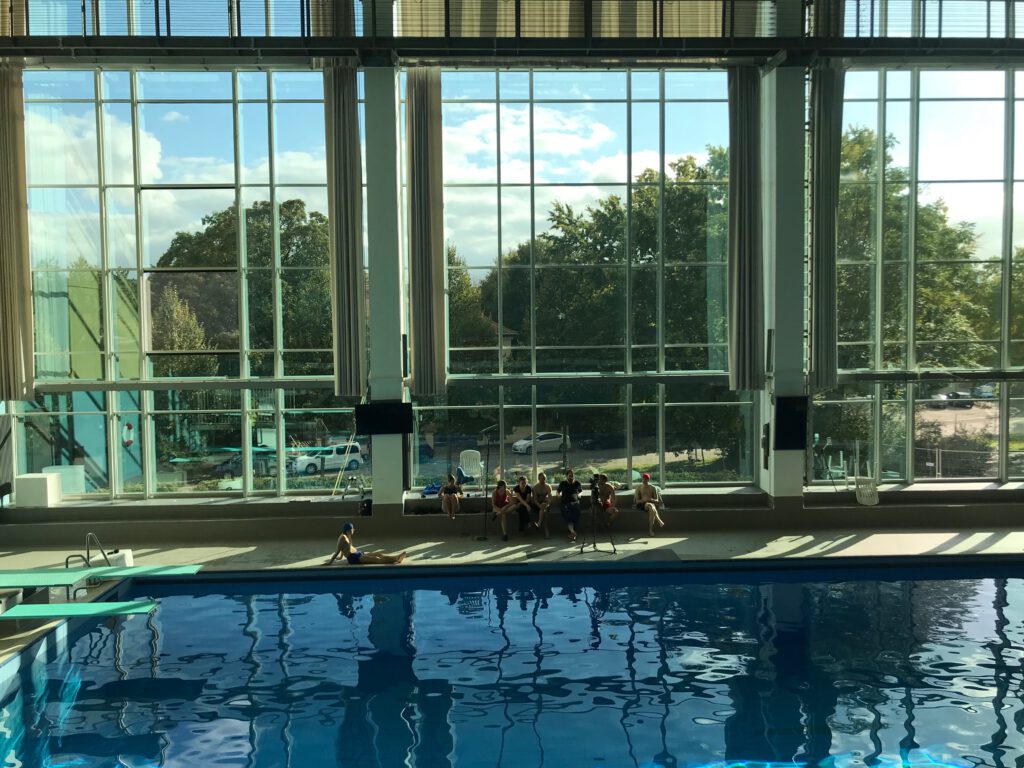 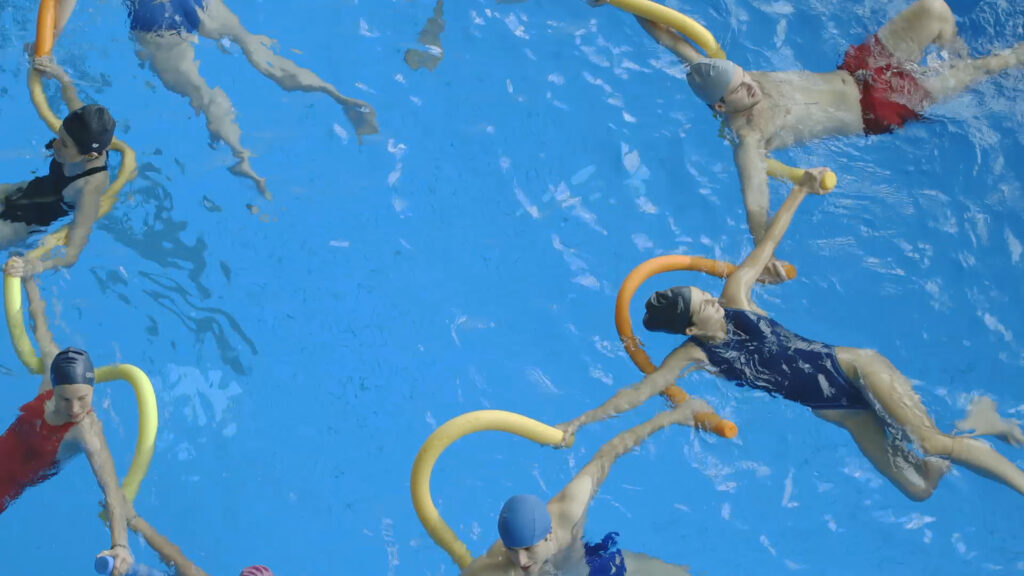